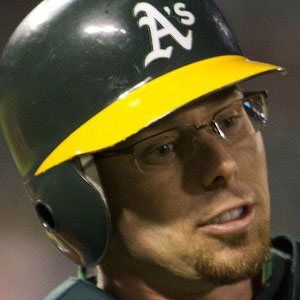 Infielder who made his MLB debut in 2010 with the Oakland Athletics after originally being drafted by the San Diego Padres.

He married Kaycee Sogard in 2011. His brother Alex Sogard is a left-handed pitcher.

Solid defensive catcher Kurt Suzuki was his teammate on the A's.

Eric Sogard Is A Member Of