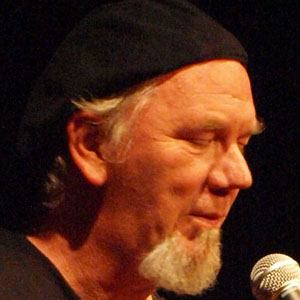 Musician mostly known for his anecdotal songs that read like short stories.

He bought his first guitar for $2.50 when he was 13 years old. He once held a job delivering rental television sets.

His first breakthrough came in 1976 when three of his songs were featured on Through the Dark Nightly, a compilation of Houston songwriters.

His parents moved the family to South Carolina when he was six months old.

His songs were recorded by such artists as Lyle Lovett and Nanci Griffith.

Eric Taylor Is A Member Of