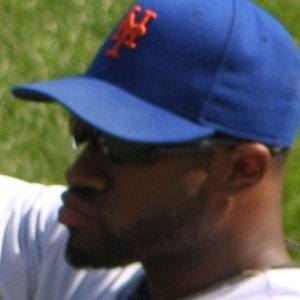 Major League Baseball player best known as a member of teams like the Colorado Rockies and New York Mets. He led the National League in stolen bases for the 2013 season.

He began his professional career with the Casper Rockies in the Pioneer Baseball League in 2004.

In 2013, he became the first Mets player to lead the NL in stolen bases since Jose Reyes did so in 2007.

Eric Young Jr. Is A Member Of