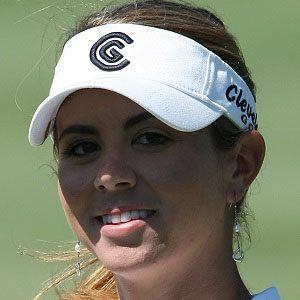 American golfer whose life was cut short when she committed suicide in her home in Henderson, Nevada at age 25. During her golf career, she became the top college player in the country while attending the University of Arizona and won events like the 2004 Laconia Savings Bank Golf Classic.

Her doctor, Thomas Hess, was convicted of obstruction of justice for removing her suicide note from the crime scene as well as prescription pills he had personally given her.

She was coached by her father, Mel Blasberg.

She won the 2005 Lexus Cup alongside fellow American Natalie Gulbis.

Erica Blasberg Is A Member Of