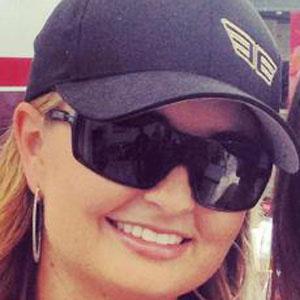 NHRA Pro Stock driver was the first female to win a circuit events, and broke every NHRA record for females.

She began racing at the age of 8, as a member of the 'Jr. Dragster' club set up by the NHRA to encourage a future generation of racers.

Among her firsts was a win in the Pro Stock class race in 2012, and reaching the final round in Pro Stock.

She was born in Houston, Texas, her father a CEO of a technology firm.

Her inspirational story was made in the a Disney film, Right on Track, with Erica portrayed by Beverley Mitchell.

Erica Enders-Stevens Is A Member Of