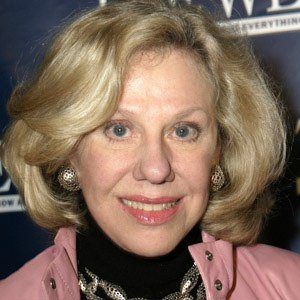 Author whose debut novel, Fear of Flying, became known for its frank sexual content. Her other notable works include Shylock's Daughter (1987) and Seducing the Demon (2006).

She grew up with a love of reading and writing poetry and went on to study literature at Columbia University. She published her famous first novel, Fear of Flying, in 1973.

She was married four times between 1963 and 1989. With her third husband, Jonathan Fast, she had a daughter named Molly.

She is mentioned in the Bob Dylan song, "Highlands."

Erica Jong Is A Member Of