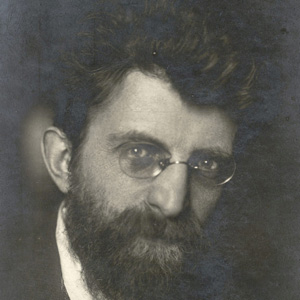 A German-Jewish author, poet, playwright, performer, and anarchist, he is known for works such as Die Eigenen and Räterepublik. In the years leading up to World War II, he had a second career as a prominent cabaret performer. In many of his performances, he poked fun at Hitler.

He died in 1934 in a Nazi Concentration Camp at Oranienburg.

He was born in Berlin as the third child in his family. His father, a pharmacist, was not supportive of his wish to become a poet.

His primary school, Katherinium Gymnasium, was known for its endorsement of corporal punishment. It became the model for similar places mentioned in Buddenbrooks, a novel by Thomas Mann.

Erich Muhsam Is A Member Of