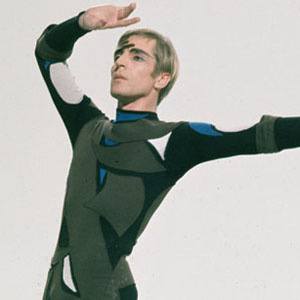 Danish ballet dancer, choreographer, and actor. Over the course of his career, he performed with the Joffrey Ballet, the New York City Ballet, the Paris Opera Ballet, the Royal Ballet (London), and the National Ballet of Canada.

At the age of nine, he began studying dance at the Royal Danish Ballet. He officially joined the company at the age of eighteen.

In 1968, he published a nonfiction, dance-themed work entitled Beyond Technique.

He was born in Copenhagen, Denmark to Ellen and Ernst Bruhn. He was the longtime love of dance legend Rudolf Nureyev.

He was well-known for his role in Frederick Ashton's Romeo & Juliet ballet.

Erik Bruhn Is A Member Of