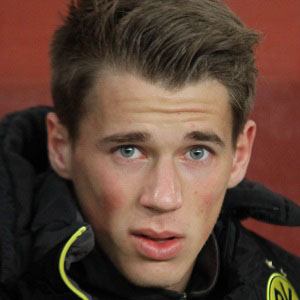 Fullback who joined Borussia Dortmund in 2013 and became a member of the German national team in 2014.

He began his youth career with SG Rieschweiler in 1997.

He was born in Pirmasens, Germany. His parents are Christine and Thomas Durm.

He and Julian Draxler became teammates on the German national team.

Erik Durm Is A Member Of