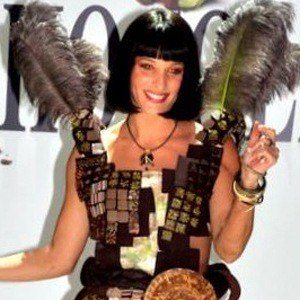 French news anchor and television personality who is widely recognized for her work on TV Breizh's Top Story. She is also known for having been a host on La Chaîne Info's daily news program from 2007-2014.

She attended the International Institute of Communication in Paris.

In December 2008 she was a guest on Vivement Dimanche.

She married composer Bachar Khalifé with whom she had two children.

Erika Moulet Is A Member Of