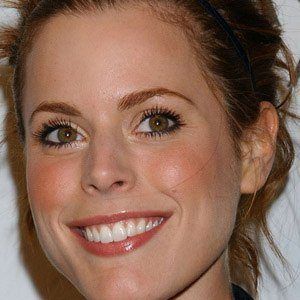 Television actress best known for her role as Esme Vanderhausen in the ABC soap opera Passions. She was named Soap Opera's Digest's Most Entertaining Character of 2007.

After her role in Passions, she began a recurring role as Emma Tutweiller on the Disney Channel series The Suite Life On Deck.

She grew up in Greenwich, Connecticut starting at age nine, and considered that her hometown. She married Joe Towne in 2012. The couple welcomed a son, Lucas, in 2016.

Brenda Song co-starred with her on The Suite Life On Deck.

Erin Cardillo Is A Member Of