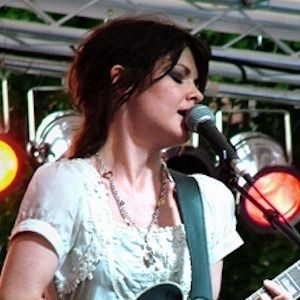 Alternative music singer/songwriter whose 2012 single "Amber Waves" was selected as the iTunes Single of the Week. In 2013, she performed at a memorable concert at the Oslo Freedom Forum in Oslo, Norway.

She was discovered by Universal Republic Records at the 2008 SXSW Music Festival.

She is from Garland, TX.

Her music has been compared to that of Sara Bareilles and Regina Spektor.

Erin McCarley Is A Member Of