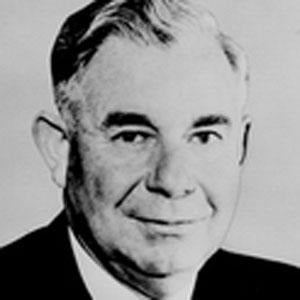 Three term U.S. Senator from Arizona from 1941 to 1953 who is known as the Father of the G.I. Bill. After he left Congress he served as Chief Justice of the Arizona Supreme Court in 1968.

He survived a bronchial infection while serving in the U.S. Navy during World War II.

He had a son and daughter with wife Edna McFarland.

He held office as the Governor of Arizona five decades before Jan Brewer would be elected to the same position.

Ernest McFarland Is A Member Of