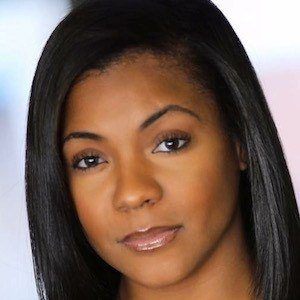 American actress and poet who starred in Digital Lives Matter and also appeared on the Arsenio Hall Show and in Ladies Book Club and Where's the Love? She played the role of Tori Turner in Make Time 4 Love.

One of her earliest roles was as Kendra in the TV movie Sugar Mommas.

She portrayed the character Lisa Daniels in the 2012 short film Reckless.

She acted alongside Meagan Good and Kevin Hart in the film Think Like a Man Too.

Ernestine Johnson Is A Member Of