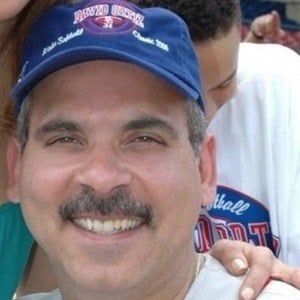 Dominican sports broadcaster and commentator who found his biggest claim to fame as an announcer for ESPN Deportes. He has narrated the Latin America retransmissions of Wednesday and Sunday Night Baseball.

He has been the voice on numerous commercials for Discovery Channel Latin America.

He has a son named Javier and 2 daughters named Daniela and Virginia. Their mother's name is also Virginia.

He gained international recognition for his work on ESPN Deportes, just like Pilar Perez and Carolina Padrón.

Ernesto Jerez Is A Member Of