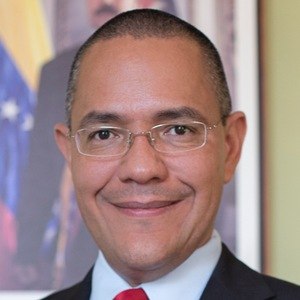 Journalist, politician, and writer who has worked for the newspapers Economía Hoy, El Nuevo País, El Universal, and Quinto Día. He has also worked on the programs En Confianza, Despertó Venezuela, and Toda Venezuela.

He graduated with a degree in journalism from the Central University of Venezuela.

He served as the Minister of Popular Power for Communication and Information from October 2012 until August 2013.

His parents are Cruz Villegas and Maja Poljak. His brother, Vladimir, is also a journalist.

Both he and Jorge Rodriguez served as Minister of Popular Power for Communication and Information.

Ernesto Villegas Is A Member Of