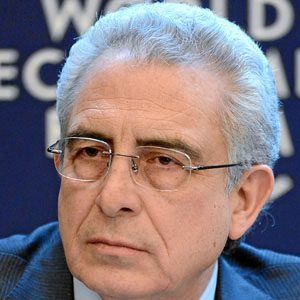 Affiliated with the Institutional Revolutionary Party, this Mexican politician held office from 1994 until 2000 as his country's 54th President. Previously, he had served as both Secretary of Education (from 1992 until 1993) and Secretary of Programming and Budget (from 1988 until 1992).

After earning a degree in economics from Mexico's National Polytechnic Institute, he received a PhD in the same field from Yale University. He subsequently began a career with the Bank of Mexico.

He took office following a series of political assassinations and at the beginning of a major Mexican financial crisis. United States President Bill Clinton lent the Mexican government twenty billion dollars to alleviate the latter problem.

His marriage to Nilda Patricia Velasco resulted in four sons and one daughter.

He was succeeded in office by National Action Party candidate Vicente Fox; Fox remained President of Mexico until 2006.

Ernesto Zedillo Is A Member Of