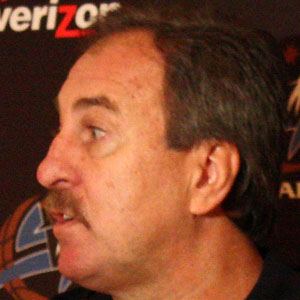 Former small forward who took over as General Manager of the Washington Wizards in 2003.

He played for the Bucks, Kings, and Knicks in his 9-year NBA career.

He served as General Manager for the New York Knicks and Milwaukee Bucks.

He raised a son named Dan with his wife Nancy.

He drafted point guard John Wall first overall in 2010 as GM of the Wizards.

Ernie Grunfeld Is A Member Of