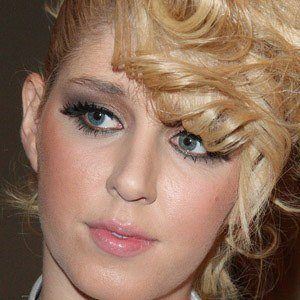 Dutch singer who released self-made music videos on YouTube and her debut album Outta Here was released in 2009.

She decided to sign with Tenman Records before finishing college.

She sang a song written by Kelly Rowland, formerly of Destiny's Child.

She was born in Arnhem, Netherlands to parents Hank Denters and Fenny Boonstra. She has a sister named Daphne who is a musical actress.

She has toured with Justin Timberlake.

Esmee Denters Is A Member Of