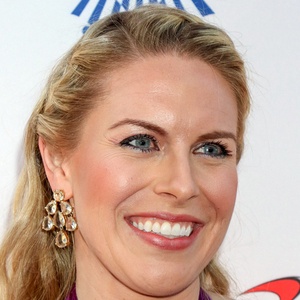 Olympic gold medalist rower who won the top prize in the women's eight event at the 2012 London Games. She became a seven-time World Championship medalist and helped set a world record in in the women’s eight.

She was the valedictorian of Newport Harbor High School. She first started rowing when she was 13 years old, and would help the women’s junior team qualify for the National Youth Invitational for the first time in the history of the Newport Aquatic Center program.

She created a personal blog called Harder.Better.Faster.Stronger. When not rowing, she worked as a marketing and brand consultant.

Both of her parents, Karl and Christine Lofgren, trained to compete as rowers at the 1984 Los Angeles Olympic Games, but fell short of qualifying.

She was a two-time All-American rower at Harvard College where the Winklevoss twins, portrayed by Armie Hammer in the film The Social Network, also were rowers.

Esther Lofgren Is A Member Of