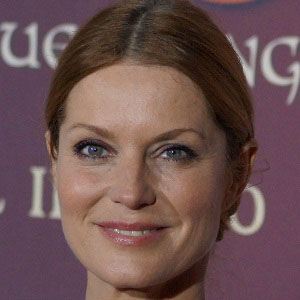 Notable for her recurring roles on the German television series Die Cleveren (as Katrin Rasch) and Ein Fall Für den Fuchs (as Sandra), she is perhaps even more well known for her Bayerischer Fernsehpreis-winning work on the sketch comedy program RTL Samstag Nacht.

At the start of her acting career, she played Hexe Mumu in the German version of the American children's series Sesame Street.

She was vacationing in Sri Lanka when the 2004 Indian Ocean tsunami and earthquake struck, but she managed to survive the natural disaster.

She spent her early days in Oberhausen, Germany. She had a long-term relationship with actor Ralf Bauer and, in 2007, welcomed a daughter named Mina.

She and Eva Habermann were both in the cast of the Swiss comedy movie Liebling, Lass uns Scheiden!

Esther Schweins Is A Member Of