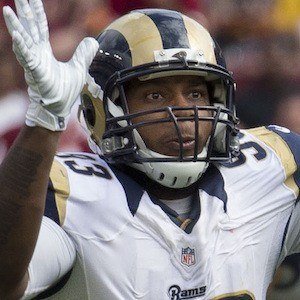 Defensive end who began his NFL career with the St. Louis Rams in 2014. He was a First-Team Small College All-America selection at West Texas A&M.

He was an All-League selection at Franklin High School.

He was named Lone Star Conference Defensive Lineman of the Year in 2012.

He grew up one of seven siblings He has daughters named Karina and London and a son named Elijah; they are all from different relationships.

He joined a stout Rams defense led by fellow defensive Robert Quinn in 2014.

Ethan Westbrooks Is A Member Of