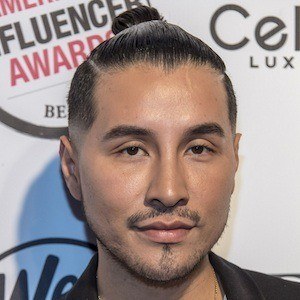 Mexican makeup artist who is most famous for his work with the Kardashian family as well as entertainment superstars like Christina Aguilera and Nicki Minaj. His work can be seen in magazines like Vogue, Glamour and Allure.

He grew up in a small town in Mexico and perfected his makeup techniques at Paul Mitchell The School.

He appeared on the Bravo reality series Shahs of Sunset in 2012.

He began working with the Kardashians after Kim Kardashian discovered him on Instagram.

Etienne Ortega Is A Member Of