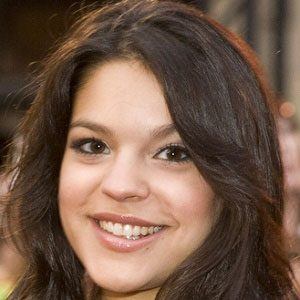 Canadian singer and songwriter who rose to fame when she won the 4th season of the musical reality show Canadian Idol in 2006.

She began singing at age 2, and won her first singing competition at age 9 when she was a winner on Homegrown Cafe, a talent show in Ottawa.

Her first single after winning Canadian Idol was "Meant to Fly" and it debut as number 1 on the Canadian singles charts.

She was introduced to music by her father who coined her family nickname "Eva le dragon."

Following Avila's season 4 win, season 5 of Canadian Idol introduced the world to singer Carly Rae Jepson who would find fame with her single "Call Me Maybe."

Eva Avila Is A Member Of