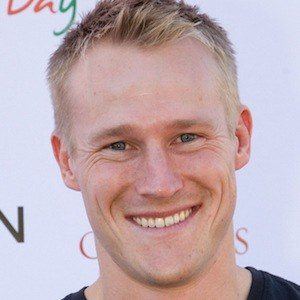 He has lived in Fox River Grove, Illinois. He often features his father, also a workout enthusiast, on his Instagram.

He competed on NBC's American Gladiators hosted by Hulk Hogan.

Evan Dollard Is A Member Of