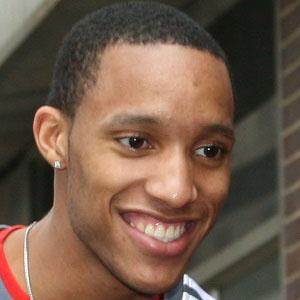 NBA Forward drafted 2nd overall by the Philadelphia 76ers in 2010. He briefly played for the Indiana Pacers, then spent two years with the Boston Celtics before signing with the Portland Trail Blazers in 2016.

He was the 2010 National Player of the Year after a remarkable junior season at Ohio State.

Playing for St. Joseph High School in Westchester, Illinois, he was a rival of Derrick Rose and Simeon Career Academy.

He was raised with two older brothers, Darius and Richard.

He was selected one pick behind NBA point guard John Wall in 2010.

Evan Turner Is A Member Of