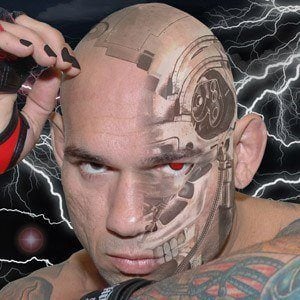 Jiu-Jitsu black belt fought for the Strikeforce Welterweight Championship in 2011, after dropping from the Light Heavyweight class.

He unsuccessfully attempted to win the Rage World Light Heavyweight Championship in 2006 and 2007.

He was born in Curitiba, Brazil.

He was the victim of a Nick Diaz armbar submission on January 29, 2011.

Evangelista Santos Is A Member Of