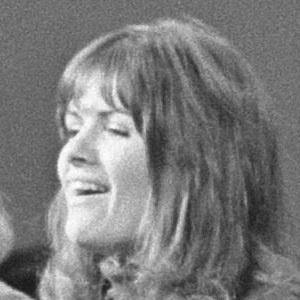 A member of the popular 1970s music group The New Seekers, this Scottish vocalist is perhaps most famous for her band's international chart-topping single "I'd Like to Teach the World to Sing (In Perfect Harmony)," which was featured in a series of popular Coca-Cola commercials.

In the early years of her music career, she performed with a Scottish band called the Cyclones and with an English group called the Cyril Stapleton Band.

Her impressive three-octave vocal range is particularly evident in the European mega-hit "Never Ending Song of Love." Her other well-known songs include "Circles" and "Look What They've Done To My Song, Ma."

She and her husband and fellow New Seekers member, Kevin Finn, formed a duo music act in the 1980s and released a track titled "Ocean and Blue Sky."

She performed "We've Got to Do It Now," an environmentally-conscious single co-written by Roger Greenaway and Roger Cook.

Eve Graham Is A Member Of