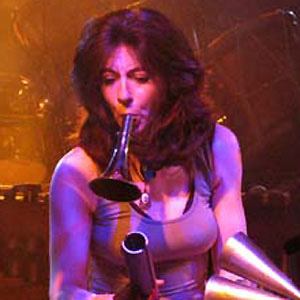 Award-winning deaf Scottish percussionist who has released albums, including The Sugar Factory.

She started losing her hearing at age eight. She studied Ellon Academy and the Royal Academy of Music.

She won the 1989 Grammy Award for Best Chamber Music Performance.

She divorced composer Greg Malcangi in 2003.

She was incorporated into the 2012 Summer Olympics Opening Ceremony with Rowan Atkinson .

Evelyn Glennie Is A Member Of