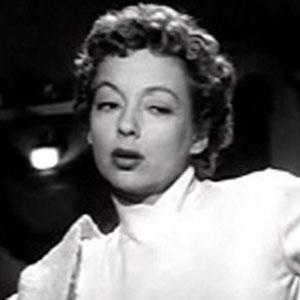 Actress who played Suellen O'Hara, Scarlett's sister, in the award-winning historical drama Gone With the Wind.

She performed in amateur plays and took dancing lessons as a teenager.

She was a chorus girl when she was first spotted at age 18 by Cecil B. DeMille.

She was one of John Huston's five wives.

Her last movie was The Seven Year Itch, which starred Marilyn Monroe.

Evelyn Keyes Is A Member Of