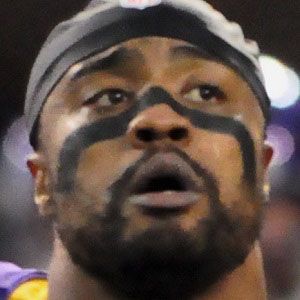 Defensive end who played college football at USC and debuted in the NFL for the Minnesota Vikings in 2010.

He was a running back and defensive lineman at Agua Fria High School in Arizona.

His speed and athleticism for his size earned him the nickname 'The Freak,' the same nickname as another talented defensive end, Jevon Kearse.

His cousin Keegan Herring played running back at Arizona State.

Everson Griffen Is A Member Of