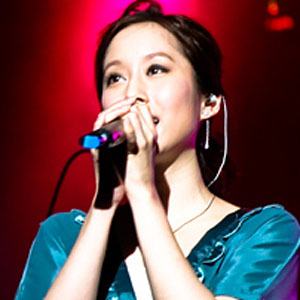 Taiwanese American singer who had a debut album called To Be Happy, which was released in 2002.

She sang and danced as a child before studying psychology at the University of Texas at Austin.

She is featured on the Love Train soundtrack.

She grew up with her family in Longview, Texas before moving to Taiwan.

Evonne Hsu Is A Member Of