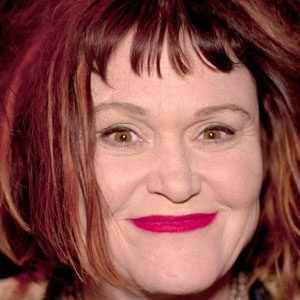 Writer, musician, and co-lead vocalist with the punk band X, the group that released albums like Under the Big Black Sun.

She met her future bandmate John Duchac, who is known as John Doe on stage, at a Los Angeles poetry workshop.

In addition to singing, she made some mixed media works that were exhibited at the Santa Monica Museum of Art.

She met Viggo Mortensen on set of the 1986 comedy Salvation!; the two married one year later.

She sang with Perry Farrell on a 2000 tribute album to The Doors.

Exene Cervenka Is A Member Of