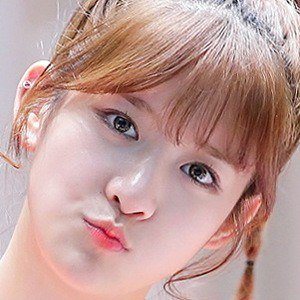 Korean rapper who made her debut as a member of the girl group Cosmic Girls in 2016. She has performed as part of the Cosmic Girls subgroup known as Sweet.

She was a contestant on the Korean female rap competition Unpretty Rapstar 2 prior to joining Cosmic Girls.

She played the role of Se-rim on the television drama series The Flatterer in 2015.

Her real name is Chu Sojung.

She has been bandmates with singer Bona in Cosmic Girls.

EXY Is A Member Of