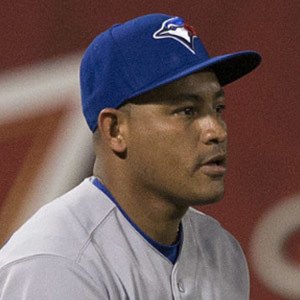 Outfielder who made his Major League Debut with the Cleveland Indians in 2011. Since then, he has played for teams like the Toronto Blue Jays, Detroit Tigers and Los Angeles Dodgers.

He originally signed with the New York Mets in 2005. That year, he played in the Venezuelan Summer League.

He was named to the 2009 Southern League Postseason All-Star Team.

He has several children.

He played under manager John Gibbons in Toronto.

Ezequiel Carrera Is A Member Of