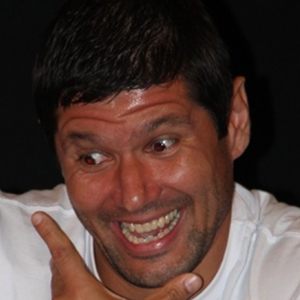 Former defender best known for his time with the Brazilian clubs Corinthians and Flamengo.

He played for the Turkish soccer club Fenerbahçe from 2003 to 2006 when his contract was not renewed due to injury.

He retired after winning the Rio State Championship in 2009.

He was born in Vinhedo, Brazil.

Fábio Luciano Is A Member Of