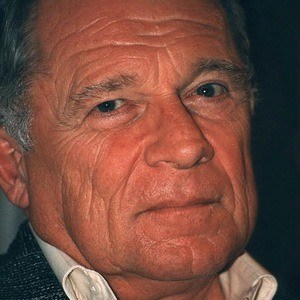 Criminal defender who represented such infamous clients as O.J. Simpson, The Boston Strangler (Albert DeSalvo), and Patty Hearst. He also defended Captain Ernest Medina, a United States Army officer blamed for the My Lai Massacre of the Vietnam War.

After dropping out of Harvard University to serve in the United States Marine Corps, he earned a law degree from Boston University.

He married four times and divorced three times. He was the father of a son named Scott.

He and Robert Kardashian were both lawyers involved in the O.J. Simpson case.

F Lee Bailey Is A Member Of