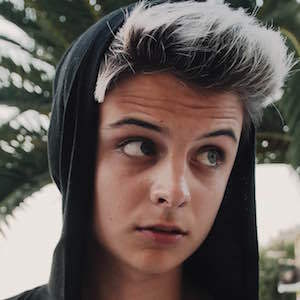 German YouTube star known for the collaborative channel Grischistudios with his friends Leon Baeter and Tobias Kriegers. Together they've gained more than 300,000 subscribers posting comedic films and vlogs to their channel.

The first video posted to Grischistudios in March 2013 was the popular meme "Harlem Shake."

Some of his and his friends' most popular YouTube videos include "BIS EINER KOTZT... EXTREM SMOOTHIE CHALLENGE!" and "Marteria- Kids (2 Finger an den Kopf) Parodie."

Though native to Germany, he has traveled to cities like Los Angeles, California.

Fabian Grischkat Is A Member Of