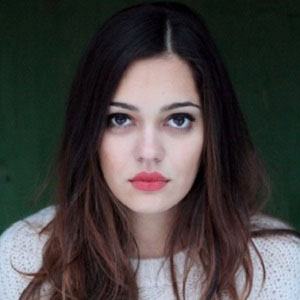 German YouTube vlogger who has accumulated over 1 million subscribers. Also an actress, she appeared on the German television series SOKO Leipzig and contributed voice-over work to the American series Royal Pains.

She uploaded her first YouTube video, "Vorstellung," in October of 2010.

Her most viewed YouTube posts include "NUTELLA BISCUITS with only 3 ingredients - tasty, quick and easy recipe" and "FASHION/MODE Trends 2013."

She and her brother were born into a family of Pakistani and Polish heritage. Her brother has a youtube channel titled EgalSpieltKeineRolle.

She and Thaddeus Tjarks are two of Germany's best known YouTubers.

Nilam Farooq Is A Member Of