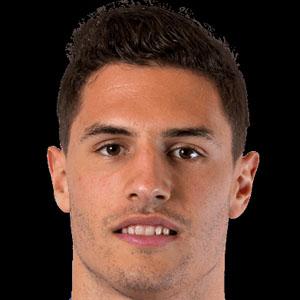 Center back who joined FC Basel in 2012 and became a member of the Swiss national team in 2013.

He scored his first goal in international competition on September 6, 2013 in a 4-4 tie against Iceland.

He was born in Wil, Switzerland.

Fabian Schar Is A Member Of