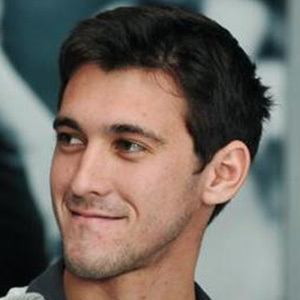 Argentine professional football player who is known for his work as a forward and striker on the Espanyol club on loan from the Benfica club. He is also known for having played on the Argentina Under 20 youth national team.

He started his youth career playing for the Banfield club and started his senior career with the squad during the 2008 season. He then went on to play for Velez Sarsfield and the Shakhtar Donetsk club before making his debut with the Argentina National Team in 2011.

He was born and raised in Lomas de Zamora, Argentina.

Other players also known for their work on the Argentina National Team include Paulo Dybala and Leandro Romagnoli.

Facundo Ferreyra Is A Member Of