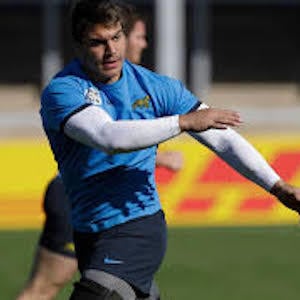 Rugby loose forward who is famous for his international club and national team career for his home country of Argentina. He has played for Jaguares of the Argentinian Super Rugby league, as well as RC Toulonnais of the French Top 14 league.

He made his amateur rugby debut in 2014 with Santiago Lawn Tennis Club.

He competed on Argentina's national team at the 2015 Rugby World Cup. He played for Lyon in 2017.

He was originally born and raised in Santiago del Estero, Argentina.

He and Felipe Contepomi are both famous for their careers playing for the Argentina national team, including as teammates.

Facundo Isa Is A Member Of