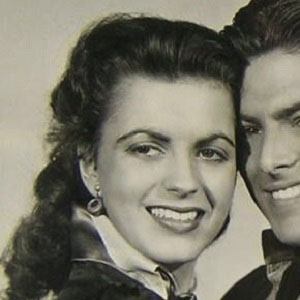 She graduated from University High School in 1942.

She was signed to a Warner Brothers contract while still in high school.

She was married three times and was known for her high profile relationship with aviator .

She was portrayed by Kelli Garner in the 2004 film The Aviator.

Faith Domergue Is A Member Of