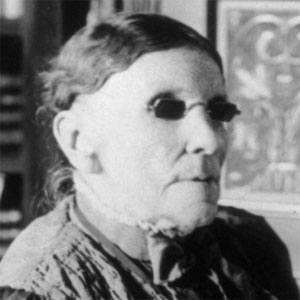 American poet and composer who wrote over 8,000 hymns and gospel songs with over 100 million copies printed making her one of the most prolific hymnists in history.

She was blinded as a baby due to damage to her optic nerves and she wrote her first poem about this condition at age eight.

She was active in missionary work and speaking engagements in her later years from 1900 until 1915.

She married blind teacher Alexander Van Alstyne, Jr. in 1858 and they had a daughter who died shortly after birth before separating in 1880.

She was a relative of popular singer Bing Crosby.

Fanny Crosby Is A Member Of