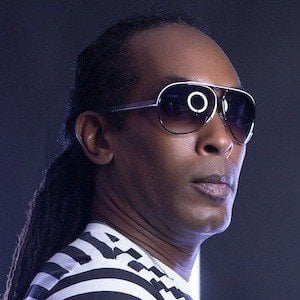 Internationally renown Soca star with his own record label called Country Life Music whose fame escalated in 2012 when he was named MTV Iggy's Artist of the Week. Albums of his include You Make Me... Surrender, Big People Party and House of Soca.

He was previously known as an instrumentalist and songwriter for a band called Xtatik.

His 2008 song "Chippin' (With Meh Own Woman)" was his breakthrough hit. The single won "Groovy Song of the Year" at the 2008 Cott Awards and was nominated for "Song of the Year."

His real name is Darryl Henry.

He performed alongside Machel Montano when he performed with the group Xtatik.

Farmer Nappy Is A Member Of