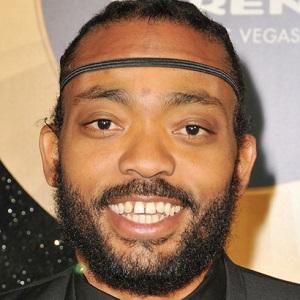 Soca singer who blended his native calypso music with the more modern sounds of R&B and reggae to create the "soul of calypso."

He first decided to switch his musical style to soca after noticing that calypso was no longer in fashion among his peers who grew up listening to R&B acts.

As the frontman for the hugely popular soca band Xtatik, he became known for his frantic, often unpredictable performances.

He was born in Carenage, Trinidad and Tobago. He was once in a relationship with Kavelle Keir.

He's performed with the likes of Wyclef Jean, Calypso Rose, and G-Unit.

Machel Montano Is A Member Of