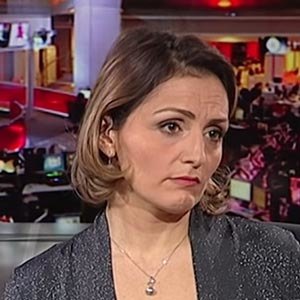 Iranian journalist, blogger, and presenter who is known for hosting several programs on the BBC Persian Television network.

She first joined the BBC network as a radio correspondent in 2005. She later on joined the television department with a focus on international Iranian relations as well as hosting a weekly segment.

Her interview with Shaho Hoseini went viral and was featured in several different press outlets including the Kurdistan 24 website.

Diala Makki is another prominent journalist and presenter from Iran.

Farnaz Ghazizadeh Is A Member Of