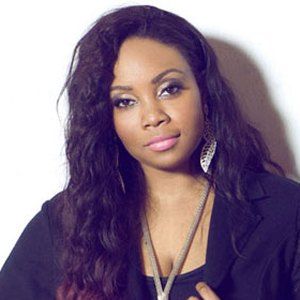 Former member of the family R&B group Cherish with her sisters. The group first gained prominence in the early 2000s with the single "Do It to It" and the 2006 album Unappreciated.

The King sisters had been part of music groups since she was only two years old and by the time she was seven, the girls were singing professionally.

Cherish provided several songs to the soundtrack of the 2003 animated film The Powerpuff Girls.

Cherish originally comprised of her sisters Fallon, Felisha, and Neosha, however it would later parse down to only Fallon and Felisha, officially. The King's parents were also singers and their father served as Cherish's manager.

Da Brat was featured on the Cherish debut single "Miss P." released in 2003.

Farrah King Is A Member Of