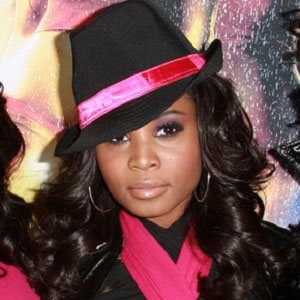 RIAA Gold-selling artist who rose to fame as a member of the R&B girl group Cherish with her sisters. She and her twin sister went on to become a duo with hits such as "Like That" and "Forever Young."

She and her sisters started singing between the ages of two and six. She later moved to Atlanta, Georgia to pursue a career in music professionally in 2003.

Her song "Like That" gained critical and commercial sucess, and was featured on the soundtrack to the 2011 film S.W.A.T.:Firefight.

She grew up with her two older sister Farrah and Neosha, and twin sister Felisha in Maywood, Illinois.

She and her sister co-wrote Jacob Latimore's song "Climb."

Fallon King Is A Member Of