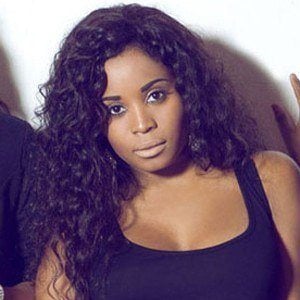 One half of the R&B duo Cherish with her twin sister Fallon. The girls originally began their career in 2003 with their older sisters releasing the debut album The Moment. They would later release the gold certified 2006 album Unappreciated.

A songwriter, Felisha has penned songs for artists like Tamar Braxton and Sevyn Streeter.

Raised in a family of singers, her older sisters Neosha and Farrah were also standing members of Cherish.

She and Fallon co-wrote the Jacob Latimore single "Climb."

Felisha King Is A Member Of